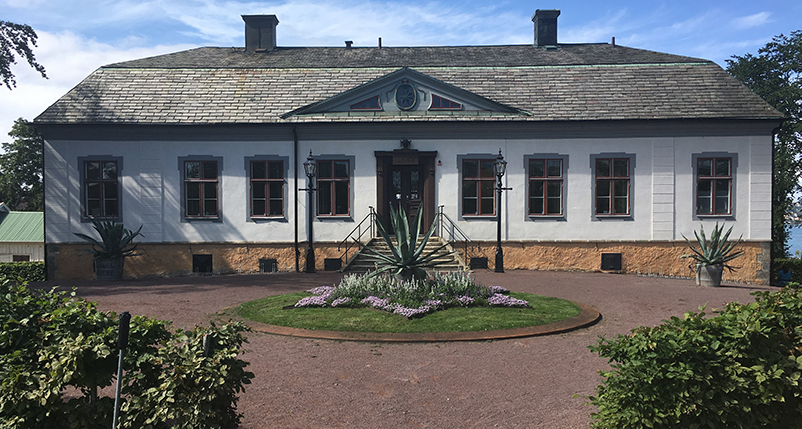 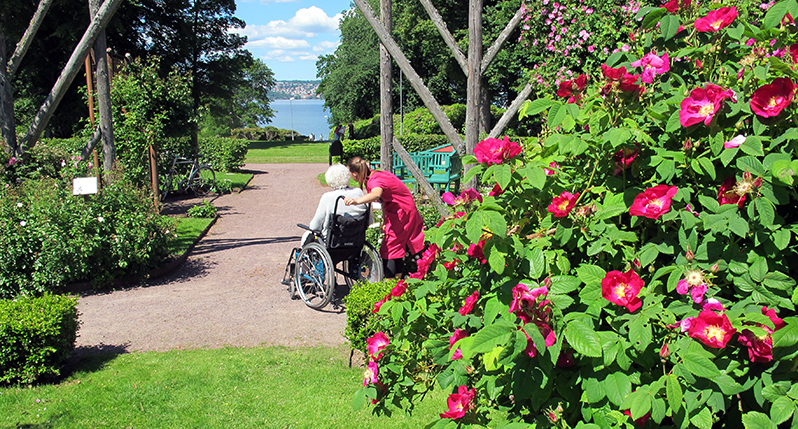 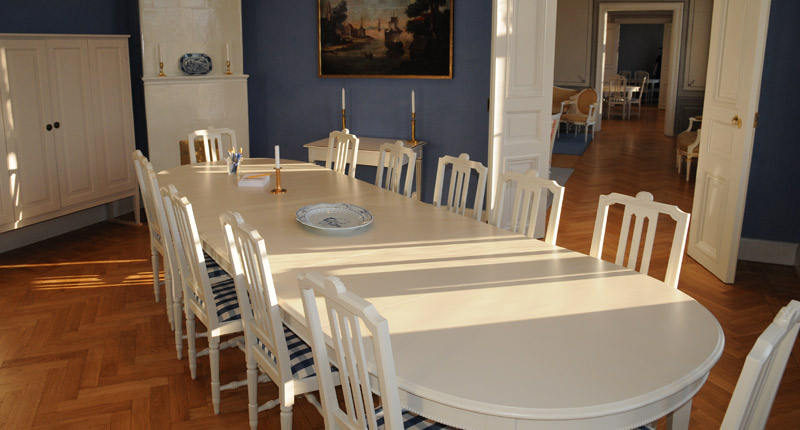 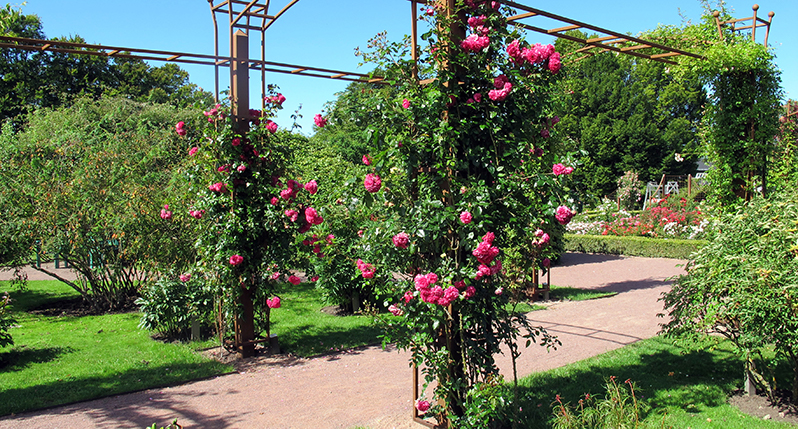 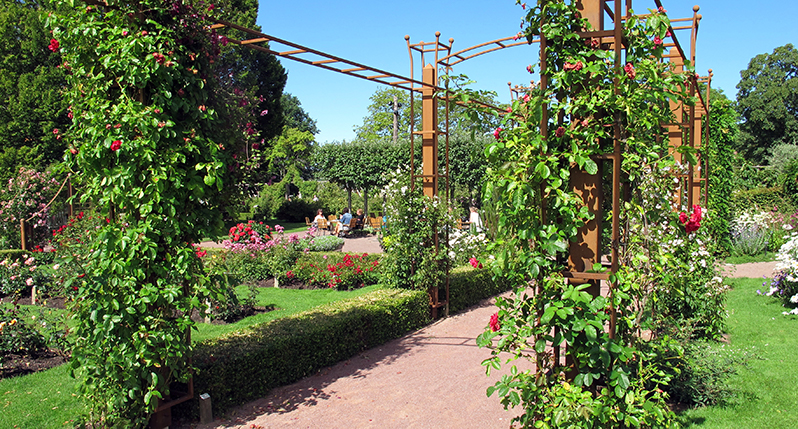 The Rose Garden Story
Rosenlund Rose Garden is beautifully situated in the grounds of Rosenlund Manor, just a stone’s throw from Vätterstranden beach. The Manor was built in 1788 by Gustaf Posse. In 1820, County Governor Hierta described the building as “nestling amidst beautiful plants and gardens”. There was also a school garden at one time.

In the late 1970s, the Rose Garden was added to the east of the Manor, followed in 1993 by a perennial garden lined with an assortment of shrubs and perennials. Between 1997 and 1999, the Rose Garden was given a complete makeover by the Jönköping municipal landscape architect Björn Kalin. In 2007 and 2008, the park was enhanced even further with the addition of more rose beds and trellises. Work on Posse’s Park behind the Manor has continued into 2020. Renovation of the former stables will commence during the summer or autumn.

Roses
The Rose Garden boasts around 600 varieties of roses, both oldfashioned and newer shrub
roses, climbing roses, groundcover roses, wild roses, and polyantha roses, all enclosed by low
box hedges. Each variety of rose has a name sign. Checks are made continuously and any
sub-standard plants are removed and replaced.

Trees
The Manor is surrounded by trees, including beech and hickory. The park area also has many different types of trees, including walnut, Caucasian wingnut, katsura, American yellowwood, magnolia, Antarctic beech, Charlottae crab apple, and Cornelian cherry. The path
leading down to Lake Vättern is bordered by rhododendron bushes and ancient oaks.

Perennials
The waterlily pond forms part of the perennial gardens, a beautifully composed array of shrubs and perennials. There are several species in each bed. All the plants have name signs in Swedish and Latin.

Peonies run along both sides of one of the footpaths, mainly common garden peonies, but also a few varieties of tree peonies.

A clematis area with custommade trellises was laid in 2005. More clematis were planted in 2013 to climb among the roses lining the rose arch.

Summer flowers
The area is adorned with floral urns containing mediterrenean plants such asagapanthus, agave, and giant mallow. There is also a large olive tree. Every year, around 30 different dahlia varieties are planted in the flower beds at the southern end of the park.

You will also find spring and summer blossoms in Posses Park, in the elevated flower bed. There is a perennial flower bed along the wall.

Works of art
Standing in the middle of the Rose Garden is a bronze sculpture by Sonja Katzin entitled Sun Singer.

Summer café
Take the opportunity to visit our summer café in the Manor, open from June 21 st until August 22nd, 11 am - 5 pm.